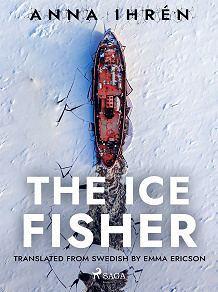 by Anna Ihren
When the research vessel 'Idun' arrives in Smögens harbour one early winter morning, the head of research, Kaj Malmberg, is found murdered in his cabin. For the university's rector, Regina Löfdahl, the tragedy is leaving her short, because Malmberg is supposed to present the research elite's top prize in marine research at Smögens Havsbad that same evening.

Dennis Wilhelmson and Sandra Haraldsson are drawn into a murder investigation that puts both their cooperation and important relationships across national borders at risk.

Is the person behind the crime in Smögen or is he still on board the 'Idun', which despite protests, is given permission to complete its expedition along the Norwegian coast up to Svalbard?

Could an event during the icy winters of the Second World War have a bearing on the case?

The Ice Fisher is the exciting continuation of the 'Murders on Smögen' series, and the sequel to 'The Man on the Beach'.


Anna Ihrén grew up in Stockholm and in Gothenburg, but spent her childhood summers on the island of Smögen. Now she resides in Sjövik with her husband and children. Her series of crime novels 'The Smögen Murders' has become very popular, 'The Ice Fisher' being the second book in the series.