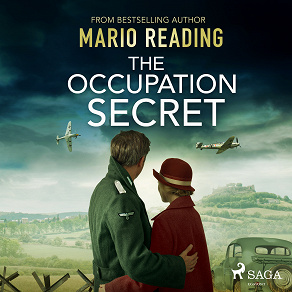 Relegated to an isolated provincial town in France after years spent fighting on the Eastern Front, German commander Maximilian von Aschau finds unexpected distraction in the form of beautiful and reserved Lucie Léré.

He’s seen every horror of the human experience. She’s never left her village. Opposites in every way, Max and Lucie manage to find common ground. But love is the most dangerous element of war. It makes you vulnerable... and careless.

With the Allied invasion imminent and tensions high, Max and Lucie will have to turn their backs on everything they’ve known and anyone they once trusted in order to protect their secret – and their lives. A poignant, spellbinding historical novel of love and war, set against the backdrop of World War 2 Germany, that will appeal to fans of Anthony Doerr, Otto B Kraus, and Heather Morris.

A multi-talented writer of both fiction and non-fiction, Mario's life included spells of selling rare books, teaching riding in Africa, studying dressage in Vienna, running a polo stable in Gloucestershire and maintaining a coffee plantation in Mexico. An expert on the prophecies of Nostradamus.

The Nostradamus Prophecies, his debut thriller was sold in 38 countries. The Templar Prophecy, the first in the John Hart series was published in 2013 followed by the Templar Inheritance and the Templar Succession.
Listen to sample
Log in to borrow