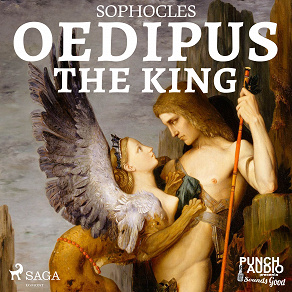 by Sophocles ‚ F. L. Light
Aristotle's assertion that in Greek tragedy there is no loftier work than "Oedipus the King" cannot be lightly contradicted. This drama is endued fearfully with nature, as she works against the conscientiousness of measure found in man. Heretofore no translation of this play has been a poem of Sophoclean worthiness and work. The rhythmic stature of this translation runs with the Greek in heat and light.

Aristotle was a Greek philosopher who lived between 384–322 BC. A student of Plato, he wrote about a variety of subjects ranging from philosophy to theatre, and from zoology to metaphysics. After Plato’s death, he tutored the future Alexander the Great. Aristotle’s work has had a colossal influence on Western philosophy and science ever since, and is to this day widely studied in many disciplines.
Listen to sample
Log in to borrow